Are you of legal drinking age in your country of residence ?

EXCESSIVE DRINKING IS DANGEROUS FOR YOUR HEALTH. DRINK RESPONSIBLY. 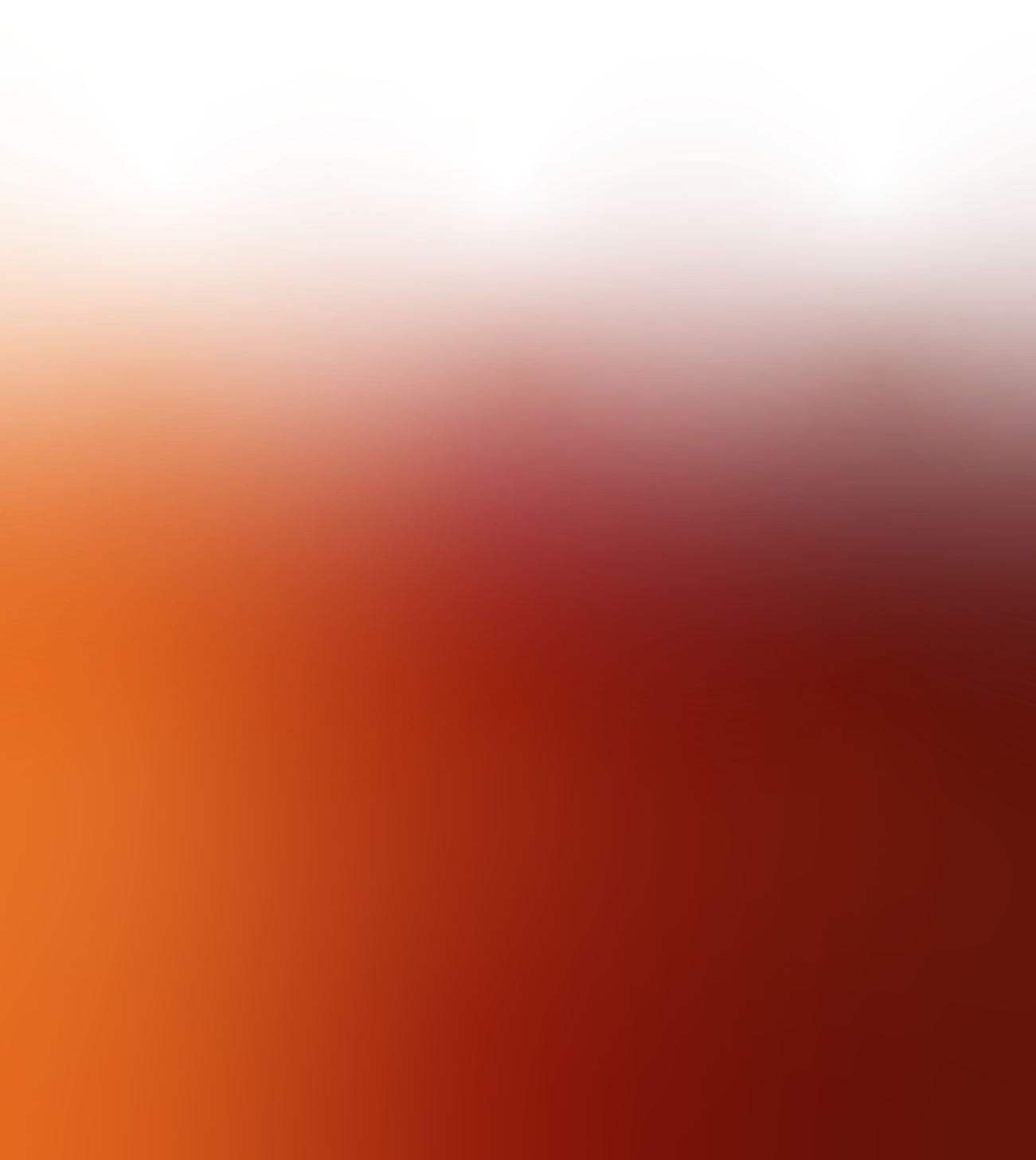 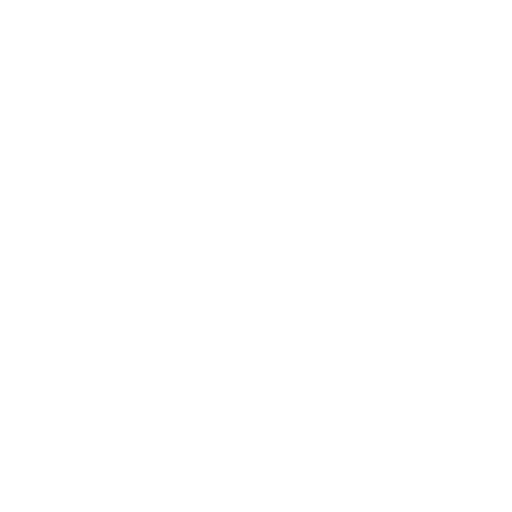 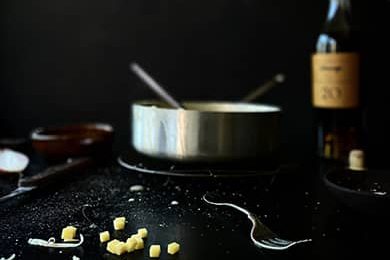 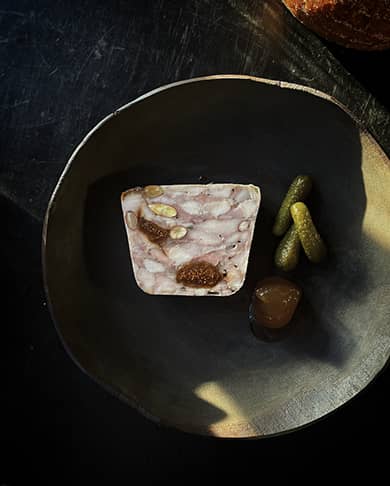 Chicken, Armagnac and Fig terrine aka A fancy MEATLOAF by Chef Jason Roberts

Pre heat oven to 350”F
Remove the skin of the chicken in one piece using your hands to separate the skin from the flesh, I find it always helps to remove the knuckle from each drumstick along with each chicken wing at the first joint an inch out from the breast…. Good luck
Once skin is removed split down the backbone side of skin with a sharp knife and set aside.
Separate the breast meat from the chicken’s chest cavity using a sharp knife, set aside, and then proceed to remove the thighs from the cavity as well, discard the cavity, remove the bones from each thigh and drumstick.
Dice all meat up into a coarse mince, this should reveal a combined weight of around 1.6kg/  pounds.
Place chopped chicken in a bowl over ice, add in the remaining ingredients, mixing well over the ice till everything is well-mixed and homogeneous in texture
Line a terrine mould or a cake tin  (2 liter capacity) with parchment paper, lay the skin inside the mould, leaving the chicken skin overlapping on the edges this will insulate the meat whilst cooking
Taking the chicken mixture gently push it into the terrine mould, making sure to get right into the corners, pack the mould, tight and full, using the overlapping chicken skin, encapsulate the mix.
Cover with another small piece of parchment and then aluminum to seal
Take the entire terrine mould and place into a water bath, half filled with hot water and then place into the oven, lowering the temperature to 300’F and continue to cook for approximately 1 hour ten minutes or until the terrine reaches an internal temperature of 70’c/ ‘160F
Once temperature is reached remove from the oven, and allow to sit for a good 15 minutes to continue cooking before placing a wait on top to press the terrine, refrigerate for minimum 6/8 hrs before serving with toasted sourdough and pickles

Discover The range of Armagnacs Darroze 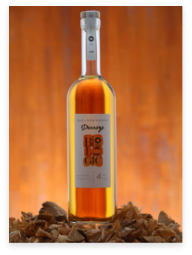 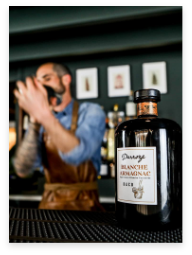 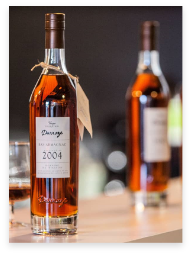 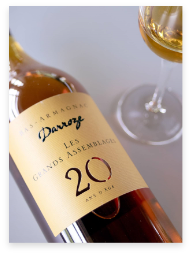 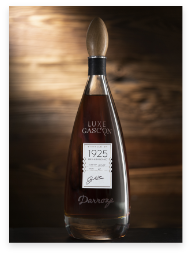